• One Lisa from a township development firm quoted as having said that the real heroes in the housing crisis are the micro-developers.
• WCG Economic War Room has gone quiet.
• WCPDF congratulations to be sent to Gerhard Gerber who replaces Piet van Zyl as HOD of DEA&DP:

• District plans – supposed to be done by 1 February, now headed for the end of July
• City IDP: there was to be a virtual meeting on this later in the evening (of the 12th). Deon intending to challenge the City to set measurable targets that the public can audit for themselves and not leave it to officials to set their own easily achieved standards.
• Biodiversity offset guidelines. 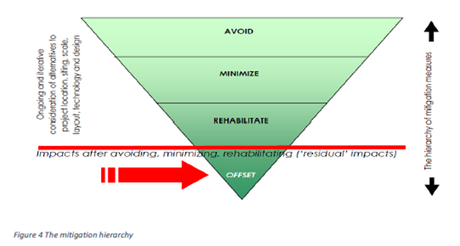 It seems the guideline concentrates on the natural environment and excludes the economic and social elements that environmental management legislation would have considered as well. There was also concern that Cape Nature’s Biodiversity Spatial Plan is being used without its ever having been subjected to public participation.
• PT1 and PT2 plans: only going to the districts now, not clear why it couldn’t go there while everyone else was commenting.
• Inclusionary housing: City meeting to discuss this: City will release four pieces of land for housing by year-end but comments had it that with the current approach and an unaltered process, catch-up is impossible. A shift from a purely regulatory role to a dual role of enabler and regulator is needed… City needs to fix its sewage works and get out of the way!

Nothing new since the Teams meeting of 25 March except for the circulation of the National Biodiversity offset guideline for comment within 30 days of 25 March, and the abovementioned appointment of Gerhard Gerber.
25 March:
• eLodgement of applications is under discussion. Different pieces of legislation may require registered letters to be sent to affected parties but even before Covid only 40% of registered letters were being collected!
• The POPI Act has created another Catch22 problem for people preparing environmental or planning reports, as municipalities cannot reveal information of neighbours who need to be approached for comments if the information was not gathered for that purpose. An aside: municipalities that “get it right” simply ignore the POPI Act. A change to the legislation is indicated.
• Julien Rumbelow (DEA&DP) addressed the meeting on “a Land Use & Transportation Intersection / Integration (LUTI) Data Model for Scenario Testing that has been commissioned by DT&PW. Digital mapping of the City & Province, then asking “what if“-questions about possible changes in policy, population, income, land-use, transport, environment etc (or all of these combined!). Essentially, LUTI is an integrated spatialised large General Equilibrium Model (an economic model that balances data on supply & demand). It includes Models for Land (Residential & non-Residential property), Public Transport (vehicles, rail, bus, minibus-taxi, etc) & Freight/Cargo
• Land-use legislation: there are encouraging signs that other provinces (and national) are now starting to “come on board” in their thinking. Fragmented legislation remains an issue and there should be enabling provisions so that processes can be aligned.
• War Room (Premier’s Economic): Claim to be chipping away item by item but on the whole the lack of action is leading to a loss of faith in this initiative.
• Heritage and City: PDIA and negotiations for City to take over the management of heritage matters. 4 key strategies and implementation plan being drawn up with an optimistic 1 April 2023 target. Training of staff, active promotion of tourism possibilities and automation of processing of applications envisaged.
• Deon van Zyl of the WCPDF asked if the Province checks on municipalities’ information on processing of development applications (measuring the square metres reflected in occupation certificates).